Freedom - “the state of being free or at liberty rather than in confinement or under physical restraint.”[1]

When you hear that word, you probably think about the freedom we have here in the United States, and that’s great. But what about having a different kind of freedom? A freedom from debt, financial freedom.

The number of reasons we go into debt are infinite, but it can be refined down to not being able to afford something.

Most of us probably haven’t thought about being debt free, it’s just not what we do in America. Debt is normal. Let’s try a different mindset for a moment, and be weird.

Imagine if you weren’t in debt anymore. Imagine if you didn’t have to pay credit card or loan bills each month and could instead spend that money elsewhere - or save it. When you pay your debt back, you’re paying more for the items you purchased than you would have if you just waited till you could afford it. All that interest adds up and can come out to large amounts.

You might be questioning, “what authority do you have on this matter?” I didn’t have a place to speak on this a year ago as I was in debt. But, I’m debt free now. I accomplished this less than three years after graduating college with tens of thousands of dollars in student loan debt.

Upon graduating I realized being in debt wasn’t for me. I didn’t want to throw money away through interest and didn’t want to live a life I couldn’t afford. It was annoying having to pay another bill each month. Instead of perpetuating or extending the debt, I set off to pay the most I could afford each month.

I started living as cheaply as I could. I restricted my entertainment, food, and gas budget. I started biking to work instead of taking the bus. I ate as cheaply as possible, while still eating healthy - for the most part. I didn’t go out to restaurants and bought less alcohol.

It’s a lifestyle change, but one that was easy for me because I made debt-free a priority. You decide how far to take it.

The way I accomplished debt freedom was by attacking my smallest loan first. I made the minimum payment on all my other loans and paid as much as I could on that smallest loan.

Shouldn’t I attack the loan with the highest interest first? No, by attacking the smallest loans first, and moving to the largest, you experience frequent wins at the start, which help you keep rolling along.

Near the end of my journey, I was no longer paying the minimum amount on any loans because I only had one left, and it was my largest. All the money I could pour into it was going there. This allows you to pay the least amount of interest possible and get the debt out of your way sooner.

I came across this strategy because my parents directed me toward Dave Ramsey[2] while I was in college. He has a free podcast[3] I recommend you check out if you’re into this idea. Listening to other’s successes while you’re on your own path is encouraging and can help you stay on track.

Generate extra income. Don’t just stick with the job you already have, find other ways to create more income. This not only gets the amount you owe down quicker, but also diversifies your income so you’re not relying so heavily on just one job.

This can be done a few different ways:

You’re skilled in a few areas and can make money with those skills. If you’re unsure what you’re good at, ask a few close friends to see what they think.

I’m not here to be preachy or braggy. The intent of this post is encouragement and to show you it’s possible to make it out of debt. I’ve done it, you can too. Feel free to share your story in the comments below or get in touch with me on social media.

Connect with me on Twitter to read more and shoot me a message!  @flyinthecoop 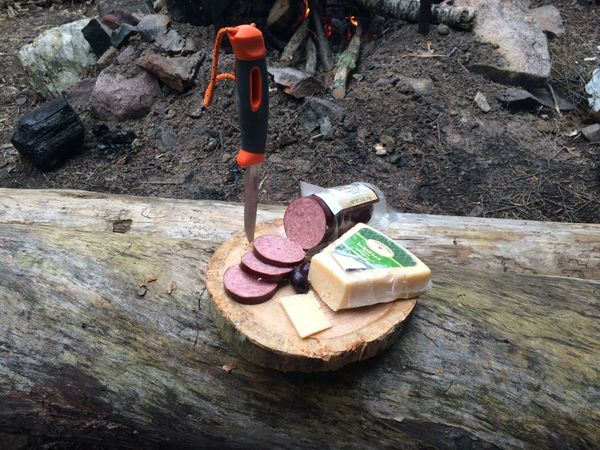 Having attempted the hike around Snowbank Lake in November 2013 and failing, my friends and I set out to try it again. This time, we would make it happen. This